Beethoven scholar Sarah Weston travels to Prague to help catalog and prepare Beethoven's artifacts for the opening of a new museum there, picking up where her mentor had left off when he committed suicide. Once she gets there, however, she begins to suspect that he didn't actually kill himself, and that he may have been onto something (or at least on some wicked drugs that made him think he was onto something). She gets involved with a time-traveling prince and a 400-year-old dwarf, and gets on the wrong side of a powerful American senator with secrets to keep and — according to the blurbs on the cover — madcap hijinks and hilarity ensue.

Except that it's not hilarious. Sure, it's a quick read, and it's not the worst thing I've read (or even the worst thing I've read this month), but I definitely wouldn't use the word "madcap" or "hilarity" to describe it. This is a frothy version of A Discovery of Witches (minus the witches and vampires). Less character development, more sex. Kinda blah.
Posted by Kara K at 9:11 PM No comments:

Wouk is 97, so I feel a tad uncomfortable saying anything negative about his latest work, this epistolary novel about the author himself and a young (formerly) Hasidic Jewish filmmaker in a strange collaboration to make a new epic movie of the story of Moses. The plot takes several comedic twists involving Hollywood moguls, Israeli biologists developing algae-based petroleum substitutes, a mysterious Australian gazillionaire and a slightly naive but exceedingly handsome Australian sheep farmer who requires lots of persuasion to agree to play the film's lead role. Sound familiar? Sheep farmer?

My biggest problem here is that Wouk isn't able to write in a way that sounds like the emails a 30-something-year-old woman (his filmmaker Margo) would write. Which would be OK, except that the novel is composed of emails, texts, voicemail transcripts, and other such 'modern' communication forms. It makes for discordant reading, which is too bad considering what an unusual and daring attempt this novel is.

An additional problem, at least for me, is the sense I had while reading that the whole thing was an extended inside joke, requiring knowledge of Wouk's earlier works and an insider's view of Hasidic life. 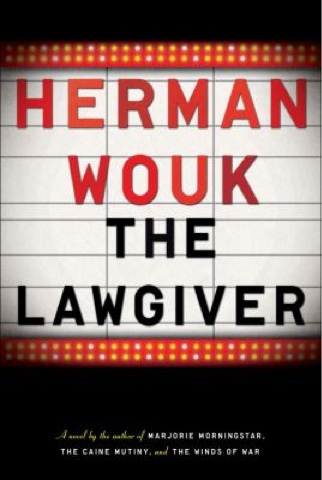 Posted by Kathleen at 8:06 PM No comments:

Bitter is the new black

Bitter is the new black : confessions of a condescending, egomaniacal, self-centered smart-ass, or why you should never carry a Prada bag to the unemployment office : a memoir / Jen Lancaster.

Jen Lancaster is certainly a egomaniacal, self-centered smart-ass but also great fun.  This is the story of Jen, a driven professional who is very successful at work.  Along come 9/11/01 and then a pretty impressive recession.  Jen is laid off from her job but figures it won't be difficult to find another one since her track record is so impressive.  Let's just say things don't work out like she hoped.  This is the story of her "fall from grace" from being able to buy any designer item that catches her eye to being the "white trash" neighbor drinking beer on the deck with loud friends.  The earlier Jen and I probably didn't have a whole lot in common...but the NEW Jen is really my kind of gal.

check our catalog
Posted by Christa at 6:55 PM No comments:

Cool book.  Each photo "moves" and you see African mammals doing their thing.  The cheetah runs on the cover, inside a lion runs towards you, a gorilla snacks and many other animals await.  Information about the size, speed, habitat, diet and life span of each animal accompanies the action.  This book is in the adult collection but would also be great for kids.

check our catalog
Posted by Christa at 6:40 PM No comments:

Behind the scenes at the museum

Behind the scenes at the museum by Kate Atkinson 333 pgs.

This is a family history told in a series of foot notes.  Mostly though, it is the story of Ruby Lennox told from her in-vitro perspective and flashing back through the family history.  I think it is also Bunty's story (Ruby's mother) who is not up for mother-of-the-year anytime soon.  However, you can see that Bunty hasn't exactly had the life that she had hoped for either.  I have been so intrigued with this author's later books that I decided to go back and catch up on her earlier works. Although I enjoyed this book, I feel like the newer books are better.  Still this party heart-breaking, partly hilarious story was worth my time.

check our catalog
Posted by Christa at 6:33 PM No comments:

If I didn't know better, I would think Rod Serling had written this book. The stories told by Uncle Montague to his great? great-great? nephew Edgar would have been perfect for episodes of "The Twilight Zone" or "Night Gallery." There are tales of ghostly encounters, creepy mishaps, haunted houses, and unusual deaths all related to young Edgar while he visits Uncle Montague in his dark, creepy house. The illustrations are reminiscent of Edward Gorey and they add to the dark atmosphere perfectly. This is not a book for sensitive children but ones who like their stories dark & spooky will enjoy it.

Somehow I ended up reading the second book in this series about heretic Dominican monk, Giordano Bruno. In this volume, Bruno has escaped those in the Catholic Church who want him dead. He arrives in England on his search for a missing book by the Hermetic magician, Hermes Trismegistus. Bruno believes it to be in the possession of alchemist John Dee but Dee no longer has it. Bruno ends up involved in the investigation of the murders of two young women, both found with astrological symbols carved in their flesh. In the process of his investigation he learns about a plot against the life of Queen Elizabeth. All the famous Elizabethans are featured: Sir Phillip Sidney, Francis Walsingham, the Howards, and others. The plot has many twists and a satisfying resolution. Now I need to read the first book.

And if I ever get the Ipad interface for blogger to work correctly I'll post a cover photo that's smaller.

The Yellow Birds, by Kevin Power


Power’s own experience in the Iraq War is turned into a brief, affecting probable classic of a novel, like The things they carried was for the Vietnam period. So few of us have any contact with those in the military and what they go through in the oddly remote modern wars in even remoter countries.   One forgets how impossibly young most soldiers are – in the case of the two friends in The yellow birds, 18 and 21.  Engrossing, disturbing, real.  244 pp.
Posted by Linda at 2:50 PM No comments:

The Middlesteins, by Jami Attenberg


This title was promoted heavily before it was released so I put it on reserve,  For some reason I expected it to be a sprawling Jewish family saga, which it is definitely not.  A sad tale of Edie, who has a life-long affair with food, and her family, who both love her and rather abhor her for her inability to stop eating herself into an early grave.  Reviewed admiringly in the New York Times a few weeks after I finished it, I did wonder if we read the same book.  I found it a slog.  288 pp.


“Great fun” is not a phrase I expected to start a review of Ian McEwan’s new book with….but it is, and as irresistible as the last of the Christmas candy.  Part James Bond, with a female protagonist;  part dystopia of a low point in England’s mid-20th century past; and eerily in tune with the America of “fiscal cliff” and terrorism fears of the very present day.  Hard to put down – and with a very clever twist at the end.  Loved it.  A send-up of Cold War culture wars and lit crit.  301 pp.
Posted by Linda at 9:21 PM No comments:

This is how you lose her, by Junot Diaz


Nine interconnected short stories, centering on Yunior, one of the characters from the author’s acclaimed, Pulitzer-Prize-winning The brief wondrous life of Oscar Wao, which I wasn’t all that fond of.   However, I loved this collection (although I’m going to have to beef up my Spanish and Spanish slang to appreciate some of it).  I had read the final story, “The cheater’s guide to love” in The New Yorker previously and enjoyed reading it a second time even more – and had to wonder how much of it might be autobiographical.  Great stuff.  213 pp.
Posted by Linda at 9:19 PM No comments:


Told from four viewpoints, of a son, a daughter and a husband, as well as “mom,” this short novel explores family relationships and the inability for any of us to truly know and understand even those closest to us.  When 69 year old “mom,” traveling from her rural home with her husband to visit her son in Seoul, is separated from him in the busy subway station while he is boarding the train, she disappears.  Fliers are made and distributed.  Days pass, then weeks and months.  Mom, illiterate and suffering somewhat from dementia, has vanished although occasionally someone will report having seen someone like her.  Each of her family reflects on their relationship with her.  This acclaimed novel has been widely translated, but I found it difficult to really completely understand despite the universality of its theme.   272 pp.
Posted by Linda at 9:18 PM No comments: