St. John Mandel's (or just Mandel's, if we can trust the author's account on her blog, and I'm inclined to believe the Library of Congress over some mere mortal concerning authors' own names) latest falls in to that category of beautiful and moving post-apocalyptic adventures.
The book opens at a production of King Lear, on the very night the world changes, and then picks up the story Post-A, following a troupe of actors and musicians as they make their way through a dangerous, grim and crazy world. Finely wrought characters, interesting setting, and a good grasp of the story. Well worth the read.

I admit that I read this because it was a homework assignment. I didn't find much new (to me) that I hadn't already studied in courses on educational psychology in college. The book is well written including psychology (Maslow, et al), developmental theories, mentoring skills, and exercises all adapted for use by Pagan and/or Wiccan clergy. Harrow included a glossary and detailed references.
Posted by Karen at 5:51 PM No comments:

We are not ourselves, by Matthew Thomas


A long and often difficult book to read, although I found it hard to put down.  Eileen Tumulty is a first generation Irish-American.  Having become the caretaker for both her alcoholic parents, she goes into nursing as an obvious career choice.  She is anxious to make something of her life so when she meets a handsome and brilliant research scientist through a friend, she falls in love with both him and the opportunities such a match may bring.  After their son Connell is born, she is determined to leave the three family house, located in a demographically changing neighborhood in Queens, which she has inherited from her parents.  Her husband Ed seems oddly resistant to moving from the familiar area, but she perseveres and they buy a house that needs enormous amounts of renovation but which is in the upscale neighborhood she so wishes to live in.  Unfortunately, Ed’s resistance to change is the first real symptom of a much deeper problem.  As Ed descends into early-onset Alzheimer’s disease, Eileen struggles to care for him, make necessary repairs to the home, and deal with an adolescent son who finds it difficult to impossible to be around his beloved father as he changes beyond recognition.  For anyone with even a passing acquaintance with dealing with being a caretaker for a family member, it will ring heartbreakingly true.  We root for Eileen, desperately shoring up a normal life against all odds.  620 pp.
Posted by Linda at 3:10 PM No comments:

A book as unusual as it is important.  Biss is the author of, among other things, Notes from No Man's Land: American Essays, which earned a host of accolades and was chosen as Washington University's 2013 First Year Reading Program title for its elegant examination of race and identity in America.  Here Biss takes immunization as a focal point for a discussion of, well, many things: individual rights versus the needs of the group, the boundaries we place on our own bodies, notions of cleanliness and purity, sickness and health.  She is at once provocative and mild, clearly seeking to draw readers into a conversation rather than pushing them away from a hard, bright line.

While Biss writes with delicacy, in the end she is clear about her pro-immunization position.  One senses in her desire not to demonize those who disagree with her a strong wish not to alienate herself from them.  She casts herself over and over as an upper-middle class mother with all the hyper-vigilant concerns that characterize that tribe.  At times she goes overboard here, in statements such as ,"I remember feeling agony when my son drank water for the first time."  Agony?  Either she is grossly exaggerating for the sake of appearing 'balanced' or she is...well, let's just hope she's exaggerating.
Posted by Kathleen at 10:15 AM No comments:

A slim volume which includes the complete text of Lincoln's speech, with period photographs and artwork by the author.  The book includes a preface and excerpted speeches given at Civil War commemorations.  The text of the speech is much briefer than I realized, making the book a potential choice for a family read.

This is an attractive-ish volume and a nice idea, but something isn't quite right about the execution here.  The pages are laid out in way that at first makes it unclear where the author's information and Lincoln's own words begin.  And the pages are often visually cluttered - with interesting items, but still cluttered.  Most annoying is an excerpted speech by some nobody at a 50-year Civil War commemoration, in the same font as the Inaugural address.

Posted by Kathleen at 9:49 AM No comments:

The master of creative simile and metaphor tackles the tale of his own life in a book he says is not a memoir (but it really is). Robbins relates stories of his childhood as the grandchild of Baptist preachers, his brief careers as a poet, an air force weatherman, a radio dj, an art-critic, a psychedelic explorer, a world traveler, and his rise to fame as the author of quirky, best selling novels. His life has been as varied and unconventional as his novels. Robbins has made this account of his own life just as entertaining and thought provoking as his fiction. Besides, how can you not like a guy who says, “Nothing the human race has ever created is more cool than a book.” Now I want to tackle his books that I haven't yet read.
Posted by Karen at 11:00 AM No comments:

Because of Mr. Terupt

This was a re-read of a book I'm using for my 4th-6th grade book club. It's told from the point of view of seven kids starting a new school year with a brand new teacher, Mr. Terupt. In the class are the smart new girl, a bossy bully girl, the class prankster and troublemaker, the brain, the pushover, the shy outcast, and the boy who hates school. Together they navigate the fifth grade with this teacher who does things a little bit differently and makes subtle changes in their lives and interactions with others. When tragedy happens the kids realize just how much Mr. Terupt changed their lives. It's a great story.
Posted by Karen at 10:34 AM No comments:

In 1978, the leaders of three nations got together and tried to solve a dispute that was really much bigger than any or all of them.  Jimmy Carter went out on a limb and convinced Anwar Sadat and Menachem Begin to come to Camp David and attempt to hash out a solution.  This book covers each of the thirteen days the meetings ended up taking even though there were many times it looked like the talks would break down.  The author gives a lot of background on each group, their history and the results.  This was an amazing event in history and this book is an amazing account. Great work.

Check our catalog
Posted by Christa at 5:15 PM No comments: 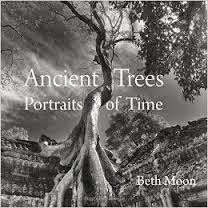 A gorgeous collection of photos of the world's oldest trees, some twisted, some bizarre, all of them magnificent.  Moon has traveled the world collecting these pictures; I now would like to become a tree tourist myself.  It would be worth a long trek to see some of these beauties, don't you think? 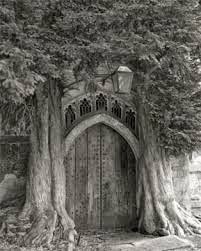 Posted by Kathleen at 3:34 PM No comments:

The Children Act, by Ian McEwan


Moral ambiguity is a feature in most of McEwan’s writing and this new novel is no exception.  Fiona Maye is a High Court judge specializing in family disputes – divorce, child custody and the like.  She has recently presided over a sensational judgment involving conjoined twins and has had to make, as she often does, a judgment of Solomon.  Despite dealing daily with children’s problems, she has somehow neglected to have any of her own until it is out of the question – not a conscious decision, but irrevocable.  Her husband has just told her he is going to have an affair.  As she struggles with this shocking announcement after 30 years of a happy marriage, she is called into court quickly decide whether an almost-18-year-old Jehovah’s Witness is competent to make his own decision to refuse a life-saving blood transfusion.  When she visits his hospital bedside, she is taken with his maturity and beauty.  Does she come too involved to make an impartial decision, and how will this decision ultimately turn out.  Much to think about and discuss in this short book.  231 pp.
Posted by Linda at 3:15 PM No comments:

The aviator’s wife, by Melanie Benjamin


The aviator in question is our own "Spirit of St. Louis" Charles Lindbergh.  His wife, of course, is Anne Morrow Lindbergh, who became a bestselling author in her own right.  Most of us know the bare bones of the story – Lucky Lindy’s triumphal return from his solo flight across the ocean; the kidnapping and death of his and Anne’s first-born son at 18 months; his isolationist beliefs and adulation of Hitler prior to World War II, which soured many on their hero; and the sad revelations after his death that he had three, yes three, other families tucked away in Europe and seven children in addition the five he had with his wife Anne.  This novel, told from Anne’s viewpoint, reveals much more and with more nuance than the above.  Anne was more than just his wife and an author, and very much his “co-pilot” in all senses.  How they grew apart as a couple is well explained. A page-turner and good historical fiction which led me to a greater understanding of their marriage and their impact on the early twentieth century’s imagination.  434 pp.
Posted by Linda at 3:13 PM No comments: