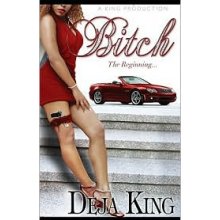 Precious Cummings lives in the projects with her crack addicted mother. Her mother supports her habit by selling her body. When that's not working anymore she tells Precious she has to come up with an exorbitant amount of money (although Precious is already paying all the bills). She has a job but because she's still in school she only works part-time she can't raise the amount her mother is demanding. She works at a car wash that all the "ballers" frequent. She's going to date a baller, get access to his money, and pay her mother. Her first boyfriend was killed but she hits the jackpot when she begins dating Nico Carter. But of course that's when all the trouble begins.
Pretty good book in the series. Would I recommend it to anyone? It depends on what they're looking for but maybe. As far as Urban Literature goes this one didn't have a lot of mistakes and it was pretty well written. The plot was believable and so were the characters.
Posted by Mercedes at 2:44 PM